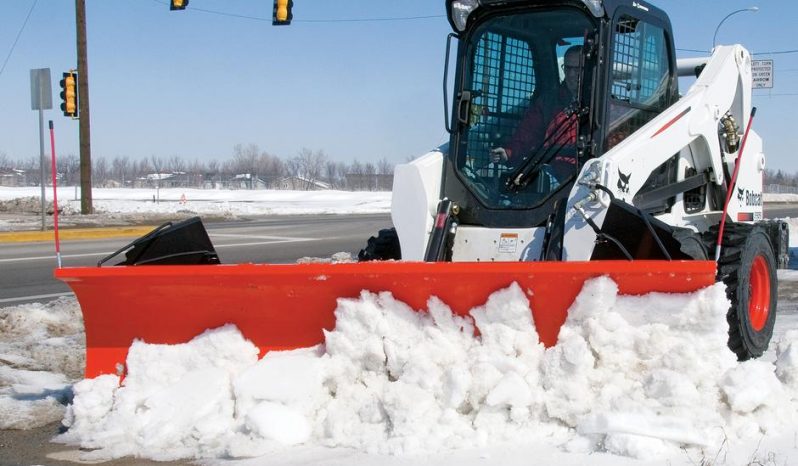 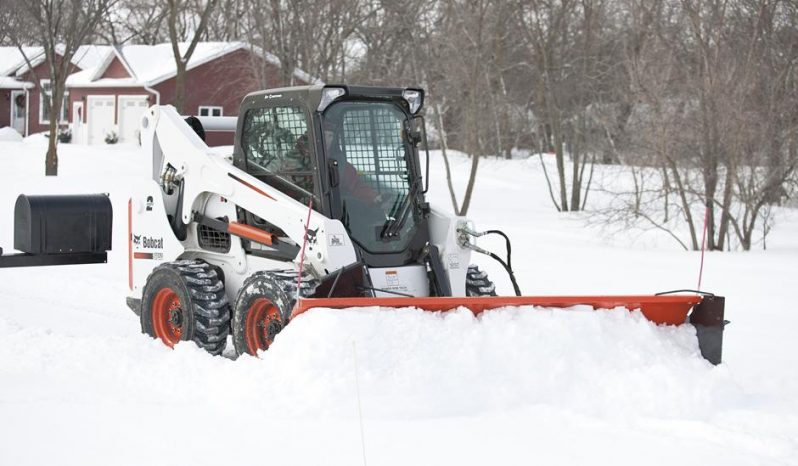 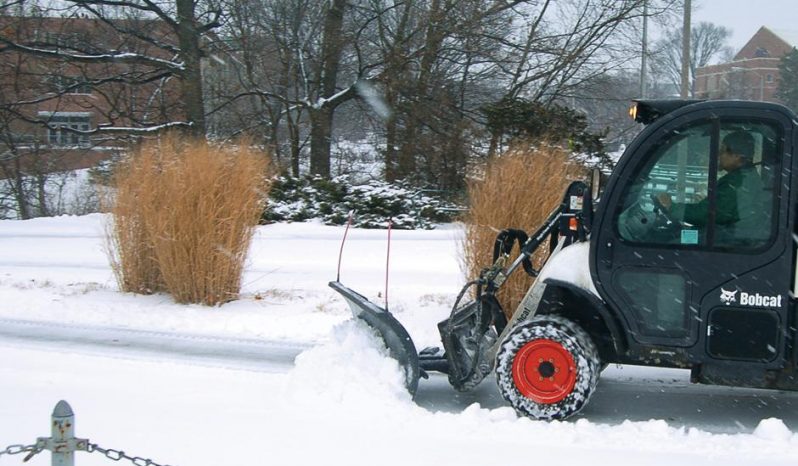 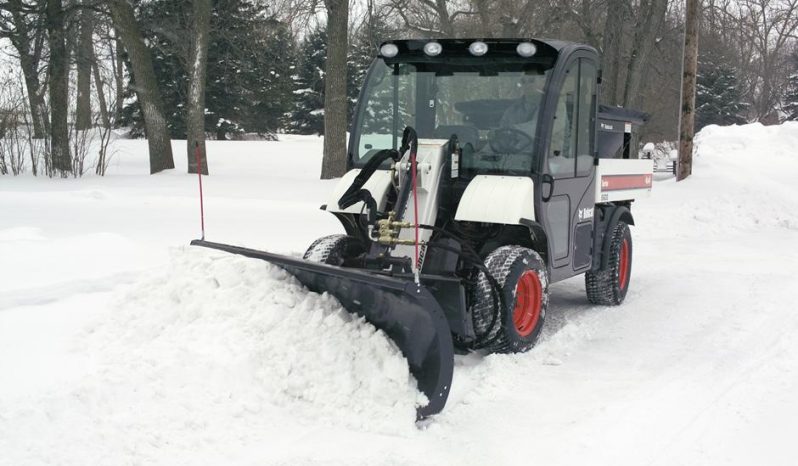 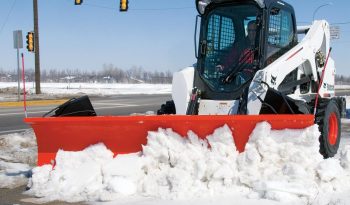 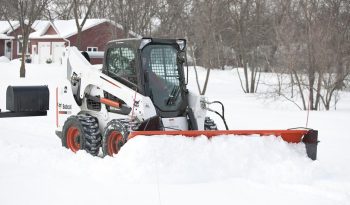 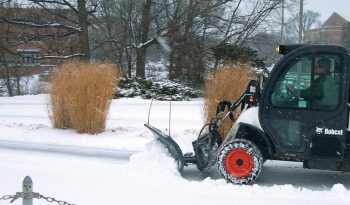 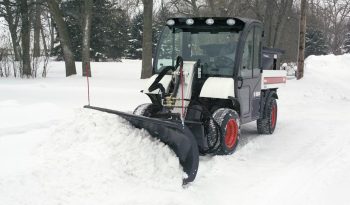 Blades angle 30 degrees to either side to help move snow where you want it.  The blade angle is adjusted from the cab by a fingertip control, which allows the operator to adjust the blade without removing hands from the loader steering levers. The blade oscillates five degrees to keep in contact with the surface, preventing the need for multiple passes to clear snow.

High visibility masts at each end of the moldboard to help keep operators aware of the blade corners. Additionally, since most snow is cleared at night or in the early morning, when it is dark.

The heavy duty snow blades also offer 5 degrees of oscillation to either side that help keep the cutting edge moving snow around drainage in parking lots and transitions from sidewalks to streets.

Optional features include rubber or polyurethane cutting edges and end-wing kits. The end-wing kits make the attachment more versatile by allowing the snow blade to also be used as a snow pusher.

*Price, if shown, is Manufacturer’s Suggested Retail Price (MSRP) and does not include government fees, taxes, dealer freight/preparation, dealer document preparation charges or any finance charges (if applicable). MSRP and/or final actual sales price will vary depending on options or accessories selected.

This machine has been inspected by an authorized Bobcat dealer or service partner and includes additional services.